The Best Graphics Cards in 2019, For The Game You Play

Choosing components for your latest build is never an easy thing. There are many options available these days and like most hobbies, it’s easy to go beyond your planned budget.

There are many different ways to go about selecting components or choosing your next upgrade. Consider the Graphics Card for example. The majority of PC Gamers and Hardware Enthusiasts will probably maximize their spending by purchasing the highest tier that is within their budget. For example, if you have $500 to spend, then you’ll try to find a graphics card that is right-on or around that price point. Others may, however, choose what graphics card to purchase based on what types of games they may play.

Sure, you could get a ZOTAC GAMING GeForce RTX 2080 Ti AMP Extreme or two (for SLI) and experience unbelievable PC gaming visuals at 4K with smooth frames - but that is only feasible if you have the budget and if the game demands such powerful performance. On the other hand, if you’re hooked on older PC game titles that are less demanding than the latest games, then such a setup is probably considered overkill.

In this article, we take a look at the ZOTAC GAMING RTX SUPER graphics card lineup from the perspective of what type of PC games will play best for each series. 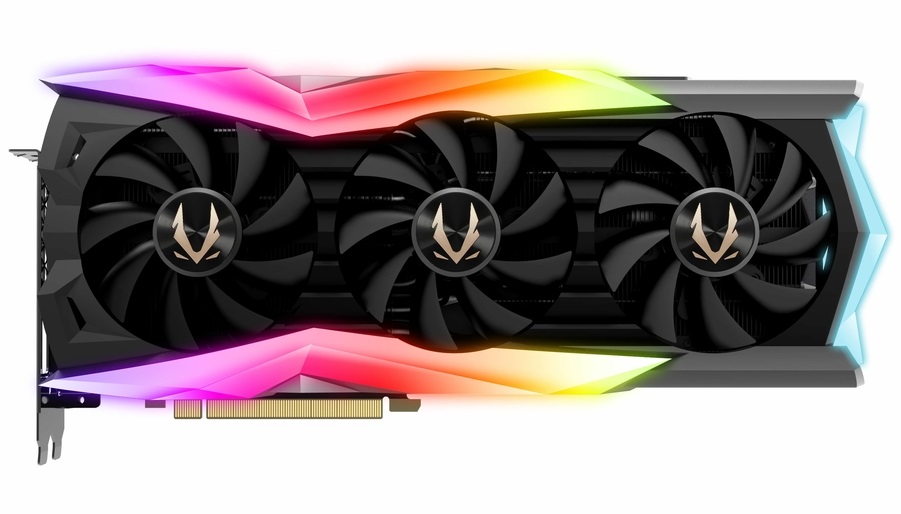 Getting straight to the point, the ZOTAC GAMING GeForce RTX 2080 Ti is at the top of the performance list and is considered to be the flagship GPU with the ZOTAC GAMING GeForce RTX 2080 SUPER following behind in performance. Whether you’re playing older games or the latest and greatest RTX driven PC titles, both of these graphics cards will provide you with just about everything you need in terms of smooth gameplay, depending on the rest of the system’s components, of course. After all, CPU bottlenecks are a real thing.

The 2080 Ti and 2080 SUPER graphics cards are excellent for 4K and Ultrawide PC gaming and good if you to be a bit more future proof. If you’re looking to crank your settings to the max while at high resolutions, the 2080 Ti is the ideal choice followed by the 2080 SUPER, depending on your available budget. These cards are also great for streaming while gaming - a very demanding process.

However, the 2080 Ti and 2080 SUPER graphics cards were designed to do one thing especially well and that is to handle current and upcoming RTX PC Game titles. It really doesn’t matter what type of game is being played be it an FPS or some kind of MMORPG. You could play Call of Duty Modern Warfare or Atomic Heart with RTX graphics and experience the best performance and visuals available today with such powerful GPU performance under your system’s hood.

Even if you’re playing older titles that demand way less performance, the 2080 Ti and 2080 SUPER will still deliver the goods. Although if you’re just into playing older PC game titles with no RTX support, then these two GPUs could have more power than you need.

In summary, every single PC game title, new and old, can take advantage of these top tier GPUs and they are probably the best options available if you want no restrictions on performance and...if your wallet is okay with it. First-person shooters, open-world games, massively multiplayer online role-playing games, older PC titles...just about anything you want to play…the ZOTAC GAMING RTX 2080 Ti and 2080 SUPER models will provide a smooth gaming experience at 1080 and even 4K resolutions. If you’re mostly playing the latest popular titles, then these two GPUs are the ones worth considering.

Not everyone actually needs the beastly 2080 Ti or 2080 SUPER graphics card (or a lot of RGB lighting for that matter) and some gamers out there may only be interested in older titles or not have the need to play in 4K resolution. This is why the ZOTAC GAMING GeForce RTX 2070 SUPER and 2060 SUPER exist.

These mid-level GPUs are really at the sweet spot when it comes to the price to performance ratio. They are excellent for those PC gamers looking to go big on performance without going big in the wallet. They provide RTX capabilities, not unlike those of their bigger brothers (the 2080 Ti and 2080 SUPER) and can keep up with today’s modern games as well as older titles. You may have to uncheck and bring-down some of those fancier graphics options to get the best FPS out of a game with the 2070 SUPER and 2060 SUPER GPUs, but you’ll still be able to enjoy newer PC game titles that do a fantastic job at utilizing the incredible technology that is integrated into this latest RTX generation.

When it comes to PC Gaming, the RTX 2070 SUPER and 2060 SUPER are great for playing at 1440P and 2K resolutions and they can, for the most part, easily take on older PC game titles like Killing Floor 2 or Doom with nearly all of the visual options checked off and maximized. The ZOTAC GAMING RTX 2070 SUPER and 2060 SUPER have as much GDDR6 memory as the 2080 SUPER (11GB for the RTX 2080 Ti) as well.

Games that perform well with the 2070 SUPER and 2060 SUPER models vary quite a bit. Older titles (think 2+ years or so) such as GTAV, CSGO, and Minecraft should be very fluid and smooth with these newer GPUs. Newer titles such as Apex Legends and Battlefield 5 will also perform well - and RTX titles such as Call of Duty Modern Warfare, Control, Wolfenstein: Youngblood also pair well with this series, plus they’ll utilize the RTX capabilities of the GPU. If you’re mostly playing a mix of old and new titles, these two GPUs are worth looking into. 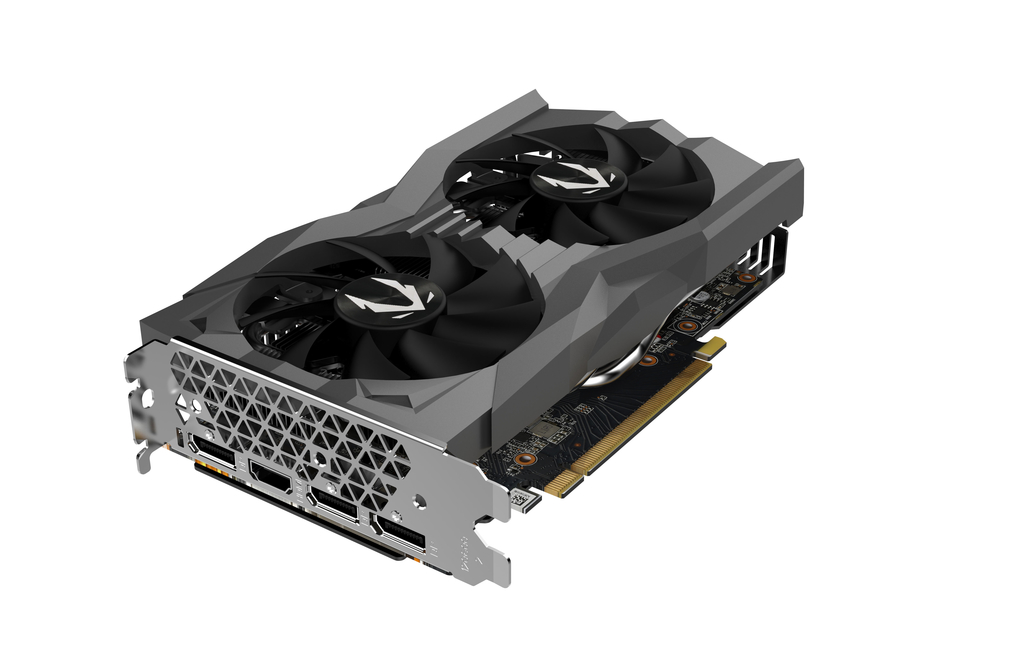 The ZOTAC GAMING GEFORCE GTX 1660 Ti, 1660 SUPER, 1660, 1650 SUPER, and 1650 graphics cards are here to provide performance perfect for 1080p resolution. They do not provide RTX technology so they cannot do any Ray Tracing, however, their power requirements are lower and they provide an acceptable amount of memory at 6GB and 4GB graphics memory, respectively.

The ZOTAC GAMING GTX 1660 SUPER and 1650 SUPER graphics cards are here to provide performance to much-less demanding games. They do not provide RTX technology so they cannot do any Ray Tracing, however, their power requirements are very low and they also provide an acceptable amount of memory at 6GBs and 4GBs, respectively.

So what PC Games work well with the GTX 16 Series of GPUs? Surprisingly, PUBG and Fortnite do quite well with these lower tiers of graphics cards. You’re able to enjoy ultra settings at high FPS at 1080p resolution with these lower-level graphics cards. However, and again, open-world games with massive amounts of textures like Minecraft may not perform quite as well as the higher level of graphics cards so some adjustments to detail may be needed. Older games like Counter-Strike: Global Offensive and League of Legends also perform well with this series. Even in Overwatch, the GTX 1660 SUPER and 1650 SUPER will provide fairly smooth and enjoyable gameplay, given a few adjustments within the graphics settings.

The ZOTAC GAMING GTX 1660 SUPER and 1650 SUPER graphics card can also easily handle popular Retro-style side-scrolling games such as Broforce, Cuphead, and Mark of the Ninja, just to name a few. These gorgeous games appear visually demanding, but these two lower-tier GPUs can handle them without breaking a sweat.

Conclusion:
The reality is that every single graphics card out there today will play pretty much any type of game you want. How well the game will perform and at what settings and resolution, will, of course, be dependent on the graphics card you choose plus the other components inside your PC gaming system. As you know, computer components are not cheap - so consider asking yourself if you need the raw performance of a 2080 Ti or 2080 SUPER or if you can get away with using a mid-to-low tier graphics card. Consider the type of games you mostly play and match-up an appropriate graphics card.