Everything about AMP: From the Beginning to the Strongest Line-up

We wish there were a genie that could grant you three wishes when choosing the right graphics cards. The truth is, you may only be able to afford one kind of ZOTAC GAMING graphics card at any given time. However, if you are a gamer or hardware enthusiast who demands the absolute best possible experience in PC gaming and you’re looking to upgrade your system to the latest and greatest technological advancements in visual eye candy, then the AMP series is the most suitable choice for you.

Let's begin with the simplest question on your mind now: What is “AMP” and Why should I consider an AMP’d graphics card? This video may provide a brief glimpse into what AMP is:

AMP'd graphics cards are an unassailable display of power and speed. While standing for "Amplify,” ZOTAC GAMING graphics cards with the AMP labeling are primed for more speed, better performance, and smoother power, right out of the box.

The original and first ZOTAC graphics card to appear with the AMP distinction came out in 2008 - the ZOTAC GeForce 8800 GT AMP. Back then, providing a "faster" experience to all users with a factory overclock was a notion previously unheard of. Our engineering teams, dedicated to high-performance enthusiast-level performance tweaking of our products, decided to push the limit with a new series that guaranteed beefy performance and faster clock speeds. 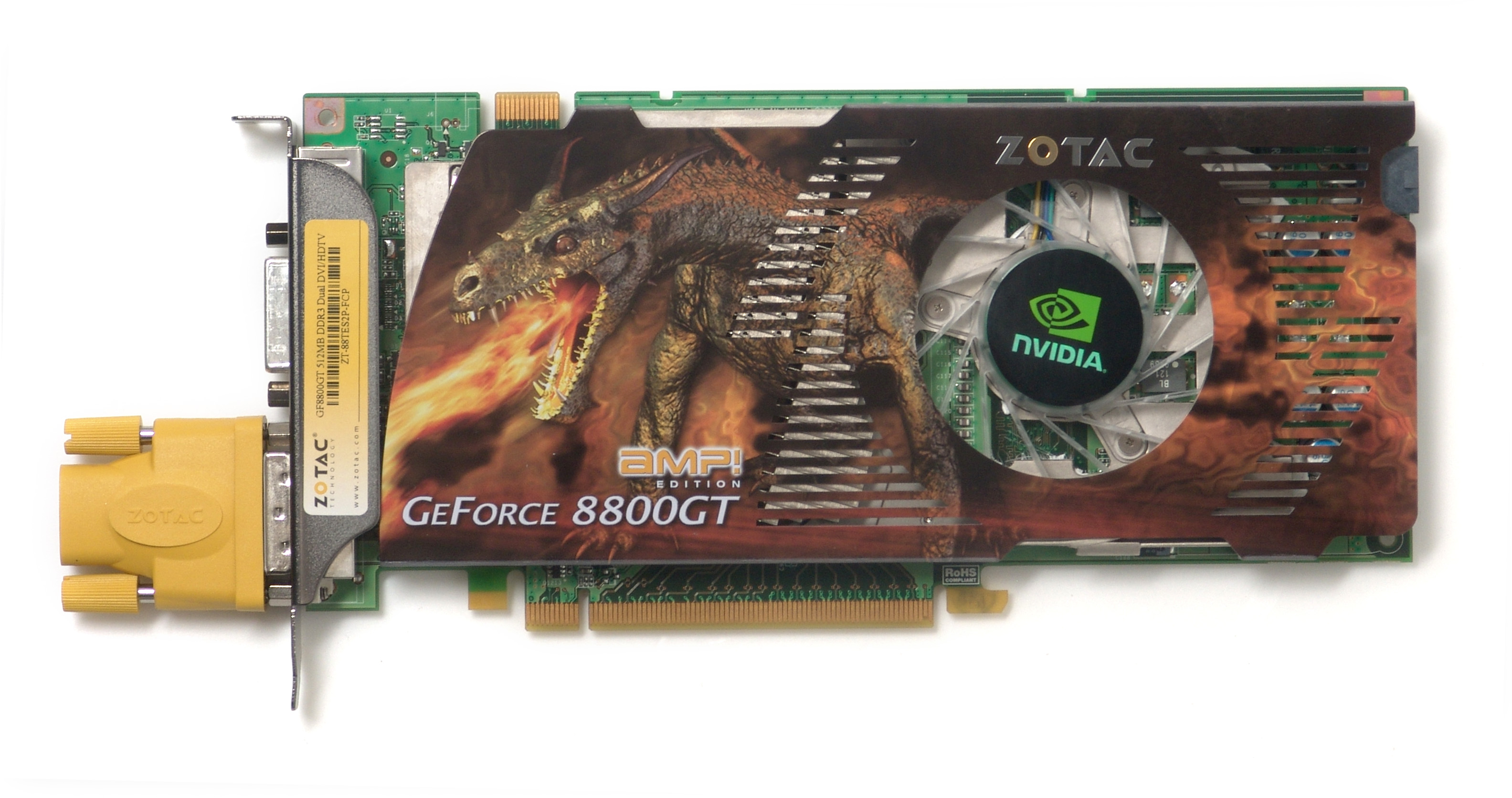 Graphics Cards labeled with AMP raise the performance bar of what to expect: faster speed, stronger cooling, better performance. Most importantly, AMP cards save time and effort when tweaking and tuning for an enhanced performance for users at all levels. Since the ZOTAC GeForce 8800GT AMP, we have created a trove of factory overclocked graphics cards with different features and power.

THE EVOLUTION OF AMP GRAPHICS CARDS

AMP Graphics Cards continue to evolve with every generation of NIVIDIA GPU. In 2013, our engineers spent extra time fine-tuning the ZOTAC GeForce GTX 780 AMP to perfection and topped it off with our brand new Triple Silencer enhanced cooling system. 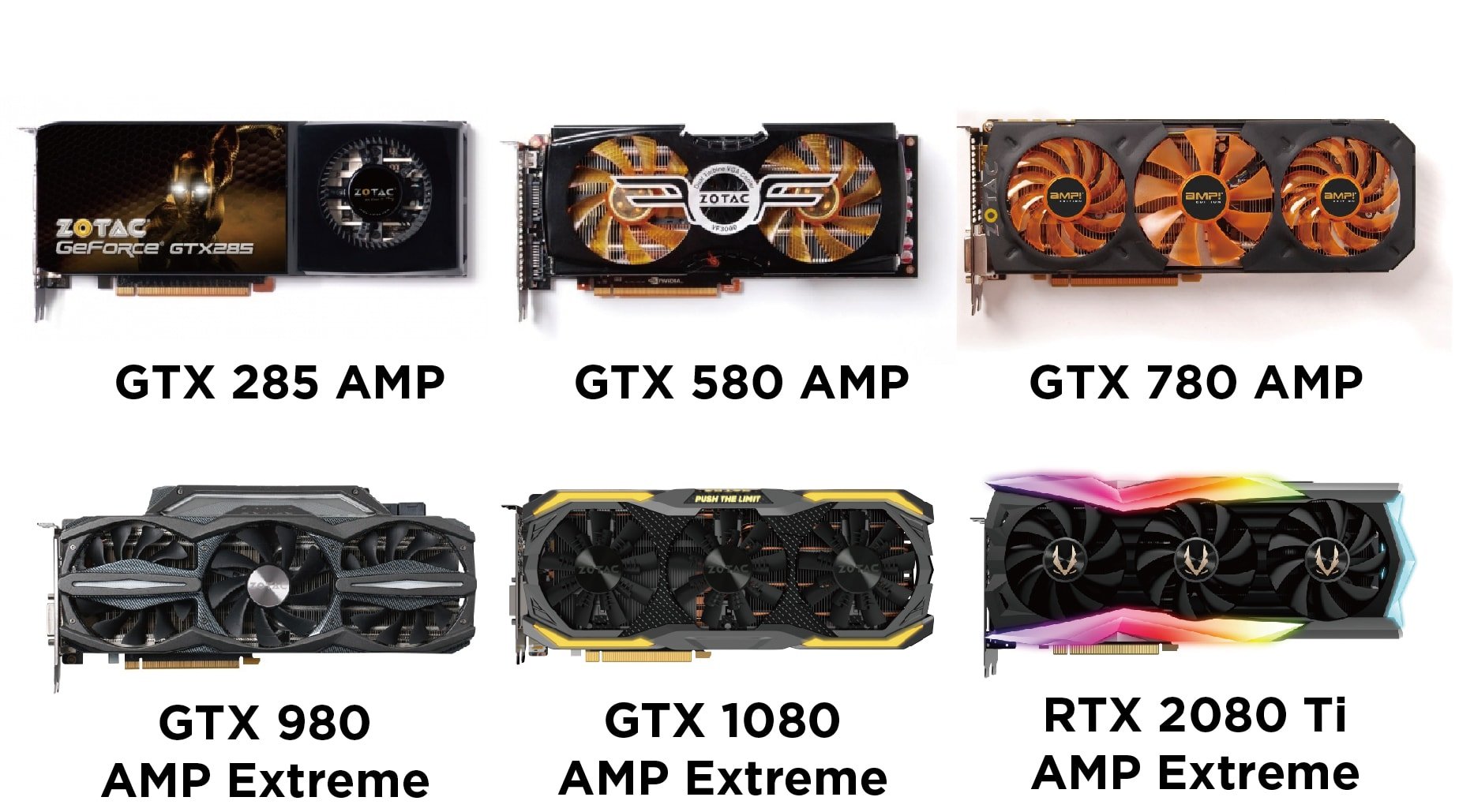 Eleven years have passed since the original AMP card was released, but development has continued and improved substantially. To meet the high demand from PC gamers and hardware enthusiasts alike, we developed four levels of performance for AMP'd graphics cards. From the prime model, to the ultimate, there’s an AMP variant that will fulfill just about anyone’s needs:

Fast clock speeds right out of the box. Equipped with robust cooling to give more performance.

Flaunting the strongest hardware with near to-the-limit speeds, AMP Extreme Core has incredible power that marginally trails behind the AMP Extreme.

However, clock speeds and price are not the only criteria that differentiates AMP'd graphics cards from the others. With great power, comes great features that makes each AMP variant a unique masterpiece: 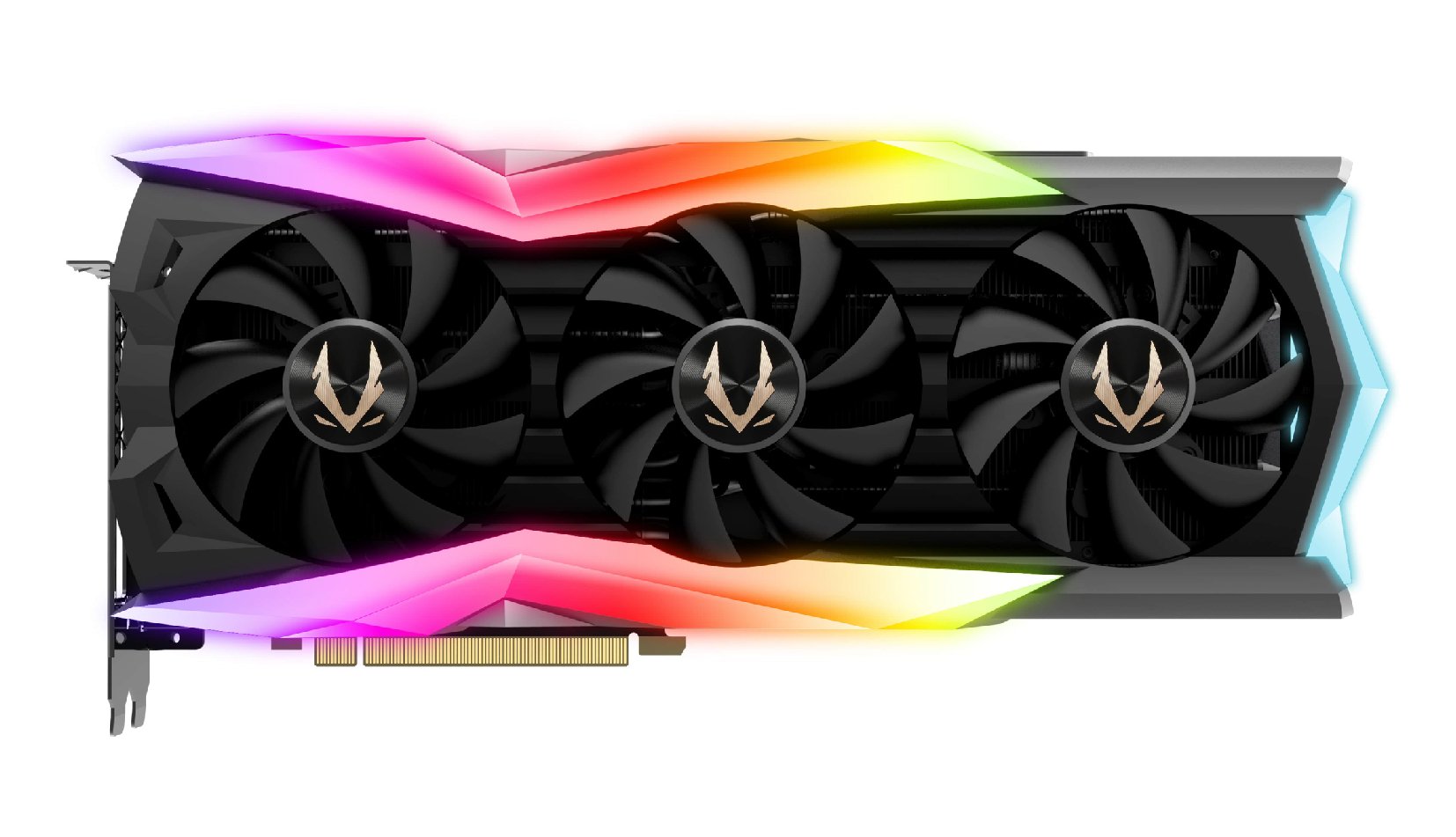 POWERBOOST is a power-controlling chip found only on AMP Extreme Core, AMP MAXX, and AMP Extreme models. Powerboost reduces ripple noise and minimizes power fluctuation to increase longevity. Even when pushed to the limit, it helps maintain smoothness and stability.

Most of the AMP Extreme, AMP Extreme Core, and AMP MAXX graphics cards feature smart fan control. They come embedded with FREEZE technology, which is a “fan stop” feature. The inspired function enables fans to start and stop at their predefined temperature threshold automatically, which reduces noise and wear on the fan system, when the card is sitting idle. 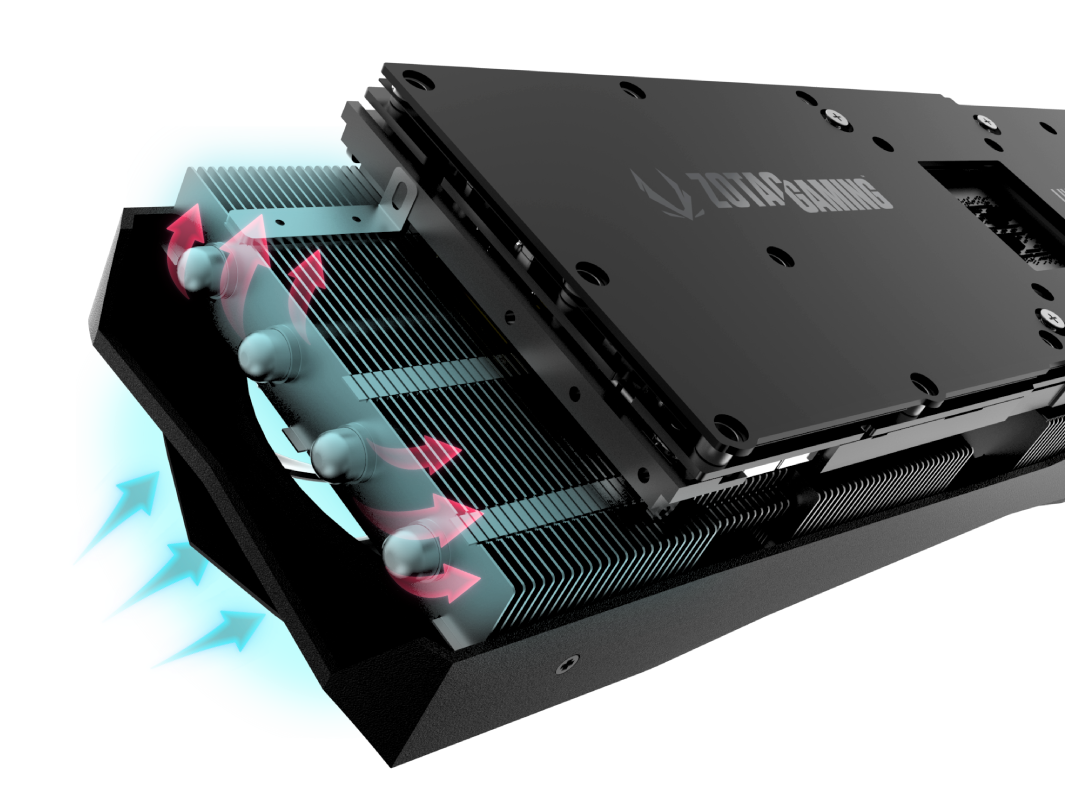 Endurance is also a priority when creating AMP'd graphics cards. That's why we have redesigned the Wraparound Backplate and Metal Fan Shroud to support the IceStorm cooling system. The redesigned provides better protection, durability, and overall better aesthetics.

To push AMP’d cards even further, users can also tweak and tune any AMP'd graphics card with the revamped FireStorm Utility which features the all-new OC SCANNER feature for that intelligently optimizes speed boosts. Tweaking and tuning is quick and easy with an optimized user interface whichs presents users with clock speed adjustments, fan control, GPU monitoring functions, and much more.

ZOTAC GAMING and previous ZOTAC AMP cards, are to be considered the best of the best. With a combination of special features and the ever powerful NVIDIA GPU, AMP’d cards are sure to provide maximum performance and satisfaction when gaming in today’s visually demanding titles.

Explore all models and find the AMP model that’s best for you.