Creator PC is emerging on the PC world. In case you haven’t been paying attention, content creation has become just about as popular as PC gaming and Esports. After all, where do you think all those well-produced YouTube videos and fresh memes on Instagram and Reddit come from? Content creation has come a long way since the internet first came about and demand for high-quality content has grown substantially with the rise of social media, especially with platforms such as Instagram and YouTube.

Today, the ability to create content has become much more accessible to everyone. Just about anyone can now create their own content, in real-time, while streaming to thousands of people. Full albums and podcasts can be produced from a home studio with a set of mics and a Digital Audio Workstation (DAW), a 4K movie full of Hollywood-like effects can be completed from a home office, and contract visual design work can be done from the comfort of just about anywhere.

Whether you are editing videos, animating your latest masterpiece, laying down another drum or synth track, or editing photos and other visuals, chances are pretty good that there is a workstation behind every single click, save, and render that is performed. The workstation has been redefined to what is now, The Creator PC - a workstation that is designed and optimized to provide high-performance computing within content production environments. It is a PC that caters specifically to the content creator.

The ZOTAC ZBOX lineup has a robust lineup of ultra-small and compact Mini PCs that also includes the all-new MAGNUS E-series Mini Creator PC. These new models are the EN72070V and the EN52060V Mini Creator PCs. For this article, we take a closer look at these new Mini Creator PC powerhouses and how they can deliver peak performance to your content creation.

First, a quick comparison between what needs a Content Creator has versus those of a PC Gamer - the hardware inside a system and how it is used does matter: 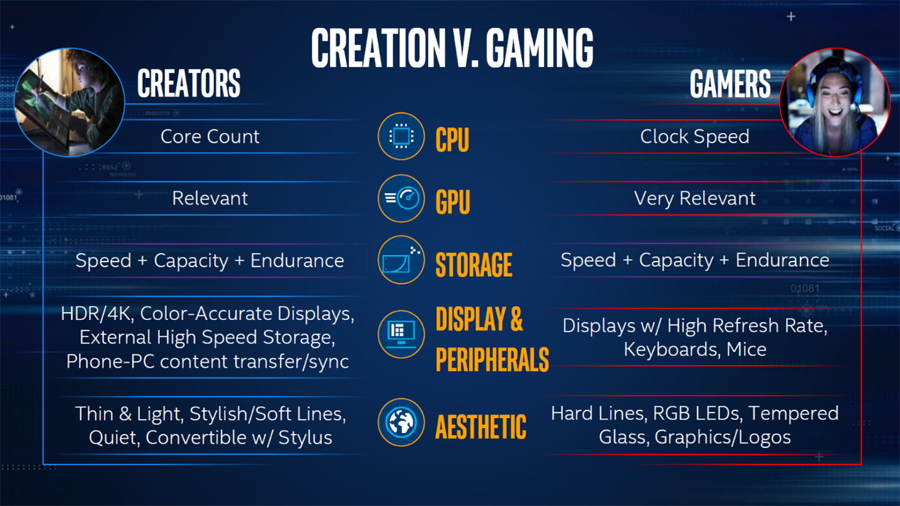 The new EN72070V and EN52060V E-Series Mini Creator PC have quite a few features that are shared. Both systems are lightweight and take up minimal space - they are Mini PCs after all and their minimalistic designs are pretty much identical. Both systems provide a tool-less design for easy access to the internal, slotted components. However, what’s inside is even more amazing considering the overall size of these two units - ZOTAC specializes in miniaturizing PCs and Graphics Cards and the new EN72070V and EN52060V are of no exception. 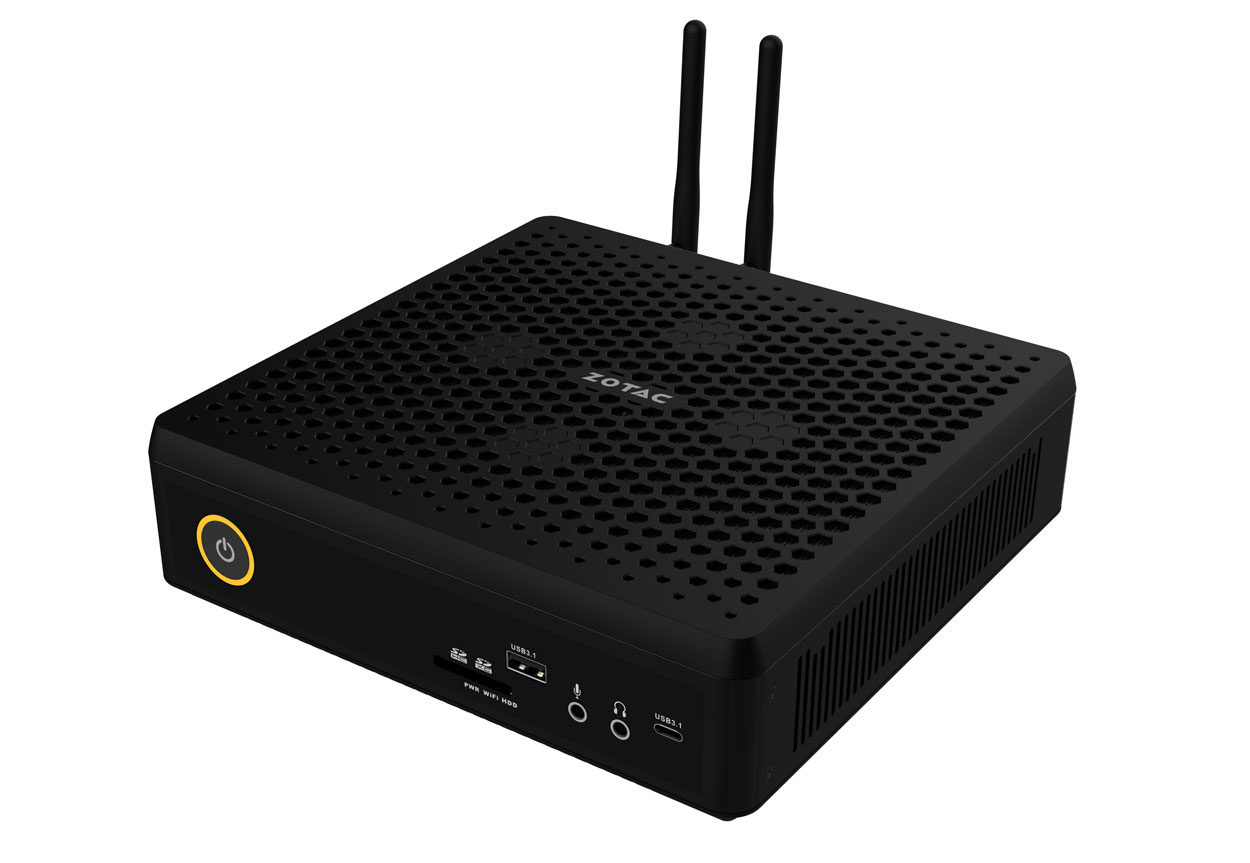 Both systems feature an NVIDIA GeForce RTX Graphics Card that is VR Ready (ideal for both Developers and Gamers) and supports HTC Vive and Vive Pro, Oculus Rift and Rift S, Microsoft Windows Mixed Reality and other VR hardware platforms. Both systems also support 4 simultaneous displays - for a most epic Creator PC station and especially useful for those who need the extra real estate. 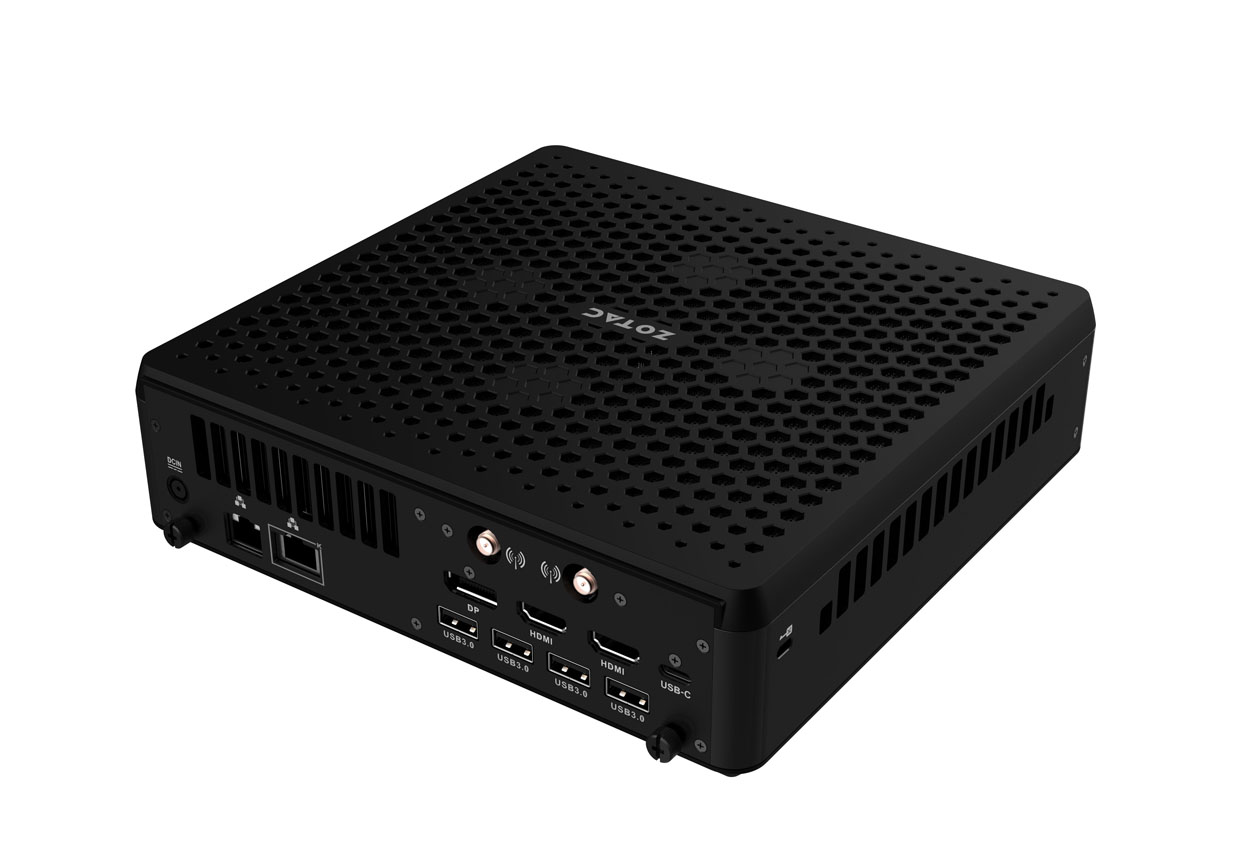 The high-performance of these two Mini Creator PC systems continues with the addition of the Coffee Lake 9th Gen Intel Core Processor, DDR4 SODIMM, NVMe M.2 SSD support, USB 3.1 GEN2, and even support for Intel Optane Memory which where HDDs can receive SSD-like performance. All this under-the-hood performance is cooled by a single micro-fan which maintains perfect operating temperatures for just about all of the above slots. When it comes to connectivity options, both of these Mini Creator PC systems provide dual LAN ports featuring Gigabit Ethernet and 2.5Gbps Ethernet as well as Killer Wi-Fi 6 AX1650 with a 2.4Gbps throughput. Bluetooth 5 is also integrated as well and 4 USB 3.0 + 2 USB 3.1 ports are available for all of your attachments and accessories.

What kind of benefits can you expect to see from all this content creation power and technology hardware? The EN72070V and EN52060V Mini Creator PCs will help improve overall workflow and rendering times with GPU acceleration, which increases the overall output speed and decreases file-saving time. Most popular content creation-type applications such as Adobe Premiere or Photoshop can utilize and offload much of the rendering to the GPU - in this case, the NVIDIA GeForce RTX Graphics Card that accompanies both the EN72070V and EN52060V Mini Creator PC models. The powerful NVIDIA RTX GPU can more effectively and efficiently render files than the CPU in this situation. Additionally, space and noise will also make for a more focused work environment as well, you can literally tuck away these Mini Creator PCs and have only your essentials out (keyboard, mouse, stylus pad/tablet, monitors, speakers) - for that awesome minimalistic, uncluttered work environment feel. The super-speedy storage options allow for snappy file-swapping when moving things around and the built-in Gigabit Ethernet capabilities allow the EN72070V and EN52060V to move large files quickly throughout a network. These new MAGNUS E-series Mini Creator PCs are categorized as Prosumer systems and are ideal for those who are looking to eventually become full-on professional content creators. The EN72070V and EN52060V models come in two different types: barebones (no memory or storage) and with Windows 10 Home 64-bit, complete with memory, and storage, so there are some options available, depending on personal needs and requirements. 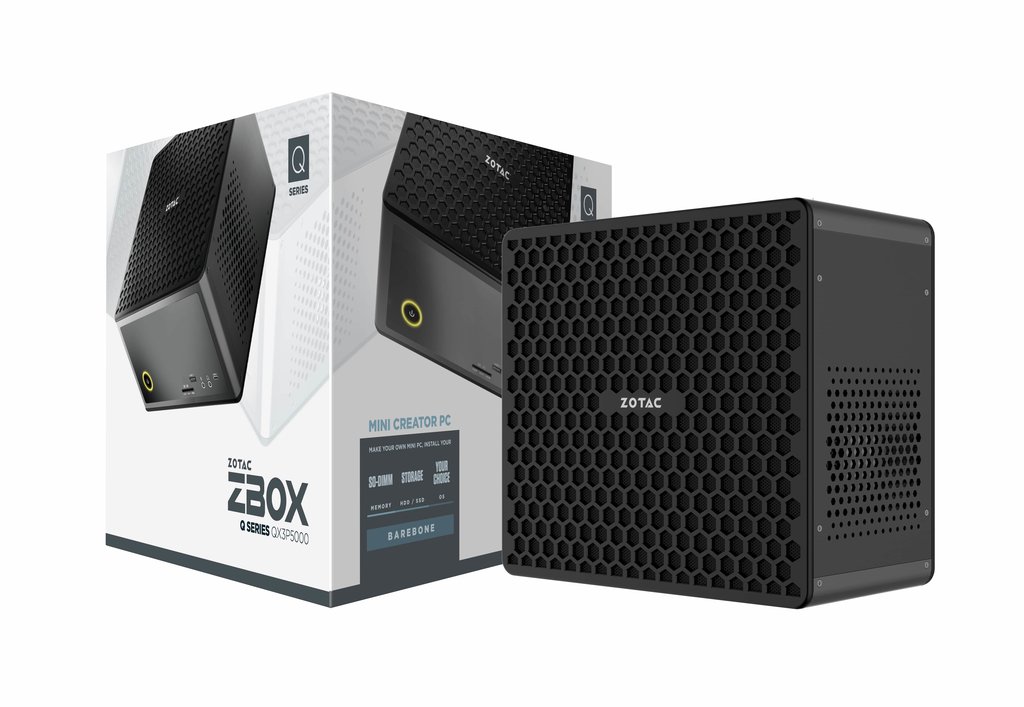 For professional content creators and production houses, there is the ZOTAC ZBOX Q-Series Creator PC lineup. This series is focused around the NVIDIA Quadro series which is a specialized Graphics Card and GPU specifically designed to provide maximum rendering performance. To compare and contrast the NVIDIA GeForce RTX based graphics cards to the NVIDIA Quadro graphics cards, the former being able to play PC games (extremely well) and render files, the latter being only able to render files, but able to do it much faster. Additionally, some of the ZOTAC ZBOX Q-series models (specifically the ZBOX QX3P5000 and QX3P3000 models) feature an Intel Xeon processor which is excellent for handling massive files and renders. If professional content creation is what your focus is, the ZOTAC ZBOX Q-series is hardware designed for you. 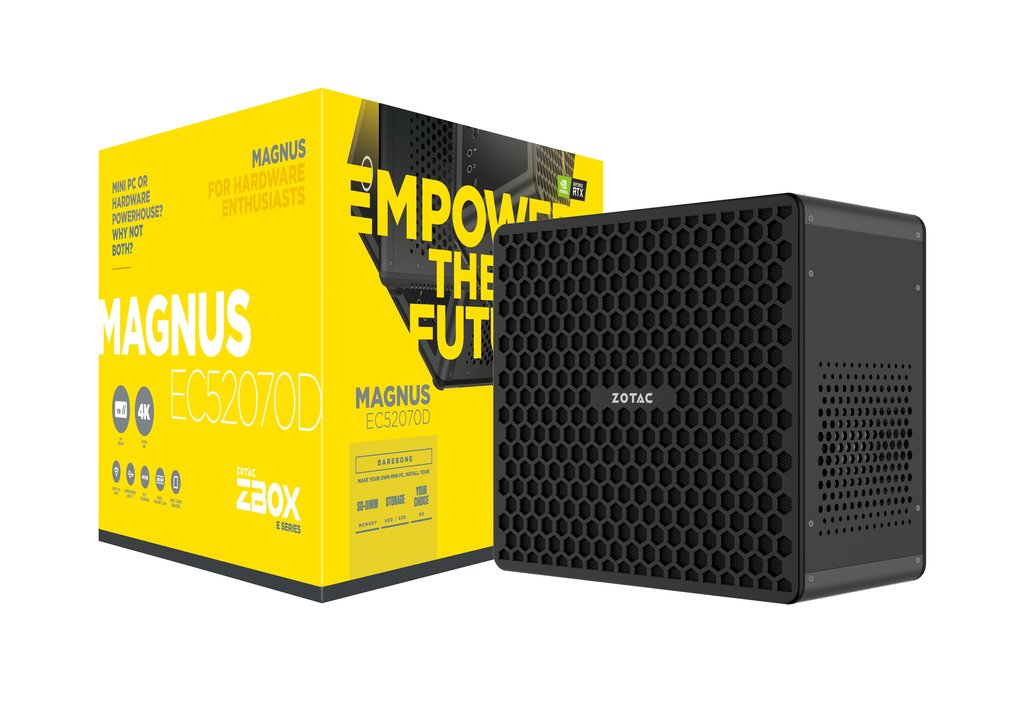 Another system worth mentioning is the ZOTAC ZBOX EC52070D Mini Creator PC. Released earlier in 2019, the ZOTAC ZBOX EC52070D Mini Creator PC remains a worthy contender for prosumer content creation as it has very similar components as the newer EN72070V and EN52060V Mini Creator PC models. The biggest differences between the EC52070D and the newer models is that it comes with an 8th Gen Intel Core Processor, slightly slower network performance, and overall larger design (but still mini!). It too comes in two different versions: barebones and non-barebones.